The v01 version of the banana has mold flaws that were corrected in a later iteration but will not affect use. Issues include a seam on each peel and a bit of an odd texture between the peel and banana that was caused by an experimental method of making the master. None of these things will be cause for refunds after the fact and have already been accounted for in the price. 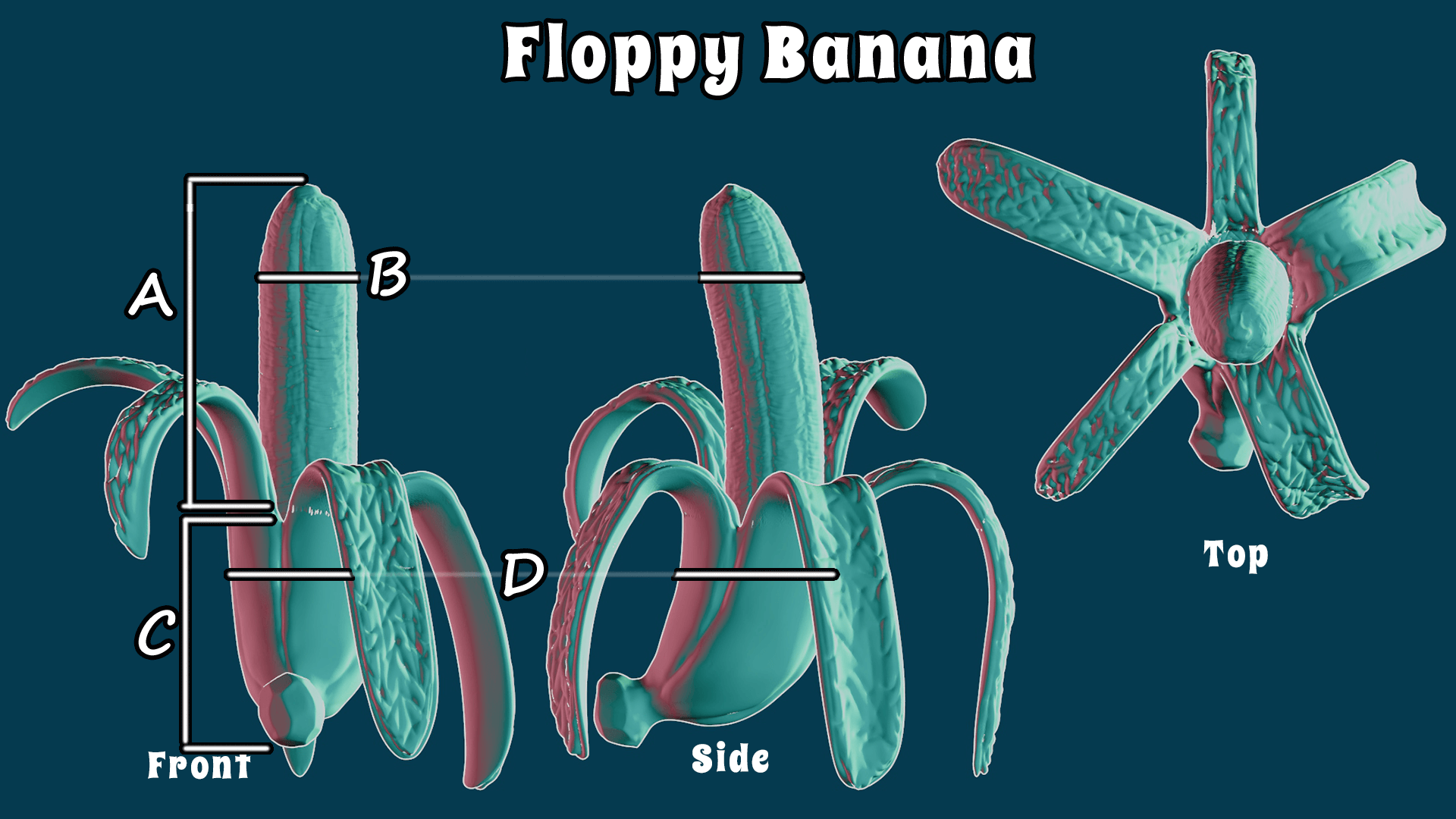